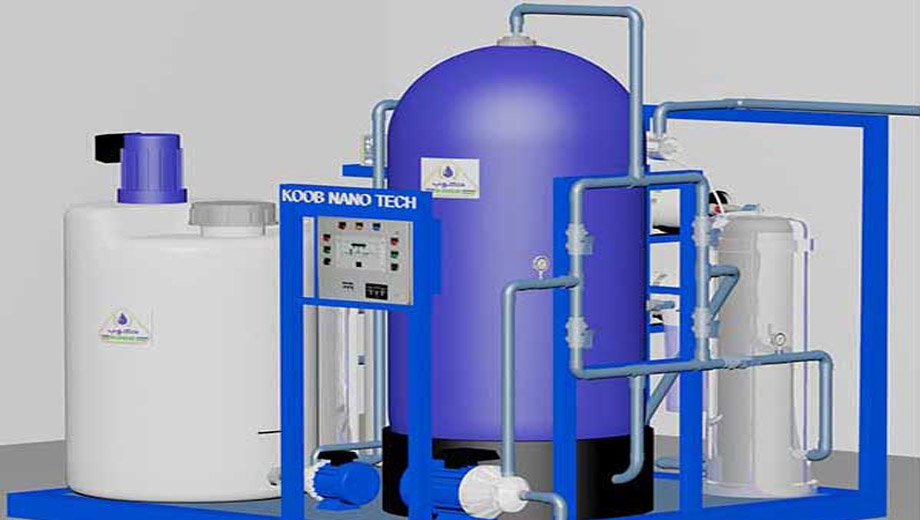 Gray water takes this name from the fact that it is an intermediate water between pure, clear water (which is termed as white water) and contaminated wastewater (also called black water). Gray water is produced from laundries, shower and bath water, and water produced by washing clothes in automatic washing machines.
That is, it is almost the product of all the water for daily use in our homes, except for the water contaminated with human excreta, which is the toilet water – may God bless you – resulting from the use of the flush box (siphon) or the water produced from the kitchens, given that they usually contain grease and organic materials that are dissolved.

Gray water has the advantage of being semi-pure water, because it was originally clean water mixed with washing with some oils, soap and minor pollutants only. Some statistics also estimate that the percentage of gray water from the total water used in our homes is about 65%, meaning that it is more than half of the water that we discard through the sewage system in our homes.

In the designs prevailing today for our homes, the gray water mixes with the black water in the sewage pipes and then it is all discharged to the government sewage network or to the home. But with the increase in demand for clean water sources and their scarcity in many residential areas, especially dry desert areas such as the Kingdom, we must ask ourselves this question … Can this semi-pure water be reused more effectively, instead of being discharged with sewage? Contaminated?

How do we benefit from gray water?

Gray water is distinguished by its ease of refining, cleaning and reuse compared to black water, as it is now possible to install purification and recycling devices in the home for this purpose, unlike black water that requires large and complex treatment plants.
There are many modern technologies and innovations that have been registered in the world that enable gray water to be purified and reused in several areas, perhaps the most prominent of which is its use in irrigation of gardens and crops, and its return for use in flush boxes (siphon water). In fact, there are modern technologies that enable the restoration of gray water as it used to be, clean and drinkable water as well!

As for how to recycle and benefit from gray water, they are as follows:

First:
the sewage system in the building must be designed in such a way that the gray water pipes (which are, as we mentioned, the water in the sinks, the shower, the water produced from the electric washing machines) and the black water pipes (the sewage produced from siphons and kitchen water) are completely separated. A drainage station is installed between the two systems to convert gray water to black water (not the other way around), to be used when the gray water is more than needed or when the water circulation system is under maintenance. (Please click on the illustration for the whole system).

Second:
The gray water is collected in a collection tank to separate the impurities from the water, such as oils, soap, etc., then these impurities are removed by opening a valve at the bottom of the tank from time to time to expel them to the black water system.

Third:
the gray water is pumped from the collection tank to the filters, and the water passes through two types of filters, the first contains fine sand to remove the remaining solid impurities, while the second contains active carbon to remove any organic matter in If any. These filters are automatically re-cleaned to remove debris (Backwash Process).

Fourth:
Some chemicals are also injected to treat gray water such as hypochlorite to sterilize water and kill germs, and other materials to neutralize the acidity of the water and remove any unwanted odor. The water is passed through an ultraviolet ray machine to kill any residual germs and bacteria, then the water passes through the last micro-filter to make sure that there are no plankton or hair.

Fifthly:
After this stage, the gray water becomes reusable. The water from the previous stage is collected in the production tank, then it is pumped to the upper tank by means of a lift pump, so that the water is used again by distributing it to all flush boxes and bidets in the toilets, or for use in watering gardens or washing cars or floors.

As we mentioned earlier, the designs of our houses, unfortunately, do not differentiate between gray and black water, all of which will end in one pipe that leads to the sewage network or the yard. If you are currently thinking of building a house, a commercial or residential building, a hotel, or a residential complex, have you thought to create two separate water drainage networks, one for black water and the second for gray? You will ask me: What are we going to do with gray water, which is a significant amount?

Well .. the answer is simple .. you can install a water purifier in the basement or behind the building to separate the soap and detergents from the gray water and then sterilize the water, and thus you can use the resulting water to irrigate gardens, wash cars and outdoor yards instead of using expensive pure water.

It is also possible to develop this idea by re-pumping the resulting water into the toilets in the house for the purpose of using it in the flushing devices (siphons) instead of sacrificing clean drinking water for this task, and thus you have used the amount of water entering your home twice before leaving the house to the network Sewage.

Rather, we can develop this idea further by creating a modern city where two completely separate sewage networks are established, one for gray water and the other for black water, and thus gray water can be transferred to an artificial lake, and after a suitable filtering process, we will have the most wonderful lakes and green spaces!

There is no doubt that this idea is wonderful, and its splendor lies in the significant reduction in water consumption and the preservation of fresh water sources by reusing them as much as possible instead of wasting them in uses that do not require pure water, as mentioned above. These are not just dreams or fantasies. Gray water reuse technologies have been applied in many different fields around the world and in the Gulf region. These technologies have also been used in the Kingdom in some government facilities and hotels. Likewise, the laws of the Ministry of Water and the Saudi Building Code require such technologies for some facilities, but unfortunately they are not fully operational, and even do not motivate citizens to apply them, despite the issuance of the Supreme Order several years ago and the necessity to pay attention to this vital issue.

We are fully aware that separating gray water from black water with two independent networks will increase the costs of establishing a sewage network at home, a burden that most citizens wish to reduce as much as possible. However, the expected benefit in the long run will be greater for the homeowner, especially if the tariff for consuming sweet water is higher than the present time, and it is – for information only – much less than the cost of producing potable water.

We may conclude this topic, briefly, by stating some of the benefits of gray water reuse:

It must be noted that installing gray water purifiers in homes has great benefits as we mentioned, but it is also not without some challenges that must be thought out well. These devices require regular maintenance and replacement of filters from time to time. It also requires full knowledge of the operating method, the quality and quantities of the chemicals and the method of controlling them.