What is black water?

Have you ever wondered what black water is? What is the difference between it and gray water? How can it be reused?

Water is one of the most valuable and most important resources on earth. It is used in all daily practices such as drinking, cleaning, washing, agriculture, and industry. As a result of the daily consumption of this water, wastewater is produced, which are of two types:

Blackwater is considered one of the most dangerous types of wastewater because it contains many dangerous pollutants, bacteria, and pathogens, so care must be taken to treat it in the right and appropriate manner.

The process of sewage treatment has witnessed some gradualness throughout history. Blackwater treatment was initially limited to primary treatment, then secondary treatment began to be used after a period of time. As for advanced treatment, it is used when needed. The following are the stages of black water treatment:

It includes the following stages:

Clearwater from large floating items such as sticks, and pieces of cloth.
Use strainers to get rid of heavy inorganic materials such as sand and small pebbles.
Sedimentation of organic and inorganic materials inside sedimentation tanks and the sediments are later used as fertilizer, or disposed of in a landfill, incinerated, or recycled if they are free of toxic substances.
Disinfection of water from bacteria using chlorine, ozone, or ultraviolet rays, knowing that the effects of toxic chlorine must be eliminated before water is thrown into water bodies.

Activated sludge: This method relies on pumping black water into aeration tanks where the bacteria in the wastewater are supplied with oxygen to activate them to consume the organic matter in the water.
Distillation filters: This method relies on passing black water over a surface of stones, and industrial materials on which living organisms such as bacteria that work on decomposing pollutants grow, and the bacteria are provided with the air necessary for their breathing through special filters.

With the advancement of science and the development of technologies, it has become possible to rid black water of heavy metals, toxic chemicals, and other pollutants, in the following ways:

Microfiltration or micron filter: It is intended to use a microfiltration membrane to rid black water of bacteria and impurities, and the pore size of this type of filter ranges between 0.1 – 10 microns.
Chemical adsorption with carbon: It means the use of carbon to rid the black water of some soluble substances such as mineral oils.
Evaporation and distillation: It means separating the impurities from the water depending on the difference in its boiling point. The water is heated and converted into water vapor free of impurities, then it is condensed again.
Chemical precipitation: It means separating a solid from a solution by changing the nature of the solvent and reducing the solubility of the substance in it, or changing the nature of the solid to become insoluble.

The uses and benefits of treated water: 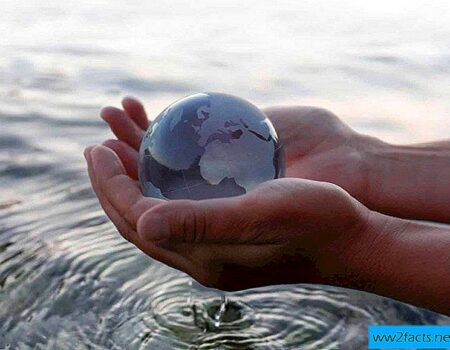 Importance of finding a solution for water challenges