The best type of water filter

Recently, there has been talking about the extent of water pollution, even if it is purified in water desalination plants, especially before it reaches the house. Therefore, it was necessary to mention the benefits of using a water filter, as the water after it reaches the homes is still filled with some pollutants in light of the increase Environmental pollution In general, water has become more polluted than we imagine.

Water purification plants are no longer able to do this on their own, so water purification technology has appeared in the home, and many types of water filters have appeared, the type or usefulness of which is determined by the quality of the filter, there is the three-stage filter, the last five-stage, and other seven-stage.

And each stage deals with a specific type of pollutants and tries to rid the water of them so that we can get clean drinking and cooking water and free of pollutants as much as possible.

Benefits of using a water filter:

Drinking water contains many harmful elements that may cause many serious diseases, such as:

The process of purifying water in desalination plants and making it drinkable before arriving at home. A complex process and with the increase of pollutants, this process has become consuming large amounts of chlorine and water disinfectants. But the purification and purification of water produces very harmful substances called disinfection residues. It is a very strong carcinogen.

We often hear the name of this substance in toothpaste advertisements. Its name is always associated with the health of the gums and teeth, but it has some risks. These substances cause a weakened immune system and cell damage, which may lead to premature aging.

Second: Getting rid of “Cryptosporidium”

This is a type of protozoan that lives in the waters of lakes and rivers and is difficult to get rid of. These organisms cause diseases of the digestive and respiratory systems, from which filters get rid of easily.

Third: Reducing the level of chlorine in the water

Drinking water purification plants use chlorine as a disinfectant for water from microorganisms, toxins, and the harmful substances it contains.

But at the same time, chlorine itself is a harmful substance and may cause us diseases when it reaches high levels. Therefore, the filter greatly reduces the rate of chlorine in the water and gets rid of most of it.

Fourth: get rid of bacteria

Of course, water contains many types of bacteria and fungi that are difficult to get rid of due to the multiplicity of their types.

And the increase in its percentage in a way that is difficult to get rid of through water purification plants, so the water filter does this very efficiently, which saves us from exposure to several diseases.

Fifth: get rid of solid materials

Water contains many solids such as straw, clay, and sand particles, which cause digestive diseases. Which is what saves us using a water filter.

The best types of filters, in general, are filters that consist of several stages, and this is because they are safe and secure. The passage of water in stages ensures that you rid the water of impurities, taste, odor, and all different water pollutants.

Water filters consisting of stages are divided into four types:

The three-stage filter, the five-stage, the six-stage, and the seven-stage filter. After installing and using the filter, care must be taken to change the candles in a periodic and regular manner, as each stage has a certain validity period, after which the candle must be changed. The candle of the first stage must be changed in a period of one month for every 3 months, the candle of the second and third stages should be changed from 3 months to 6 months, the fourth stage from two years to 4 years, the fifth stage is changed every year, and the sixth stage is every two years.

1- Three-stage water filter, each stage of the filter works differently. The first stage removes water impurities, insects, rust, and solid objects. The second stage removes taste, color, odor, chlorine, and everything that may change the nature of water, and the third stage removes the rest of the materials. Organic and biological water. The three-stage filter differs from the rest of the water filters in that it is easy to install and maintain, as well as removing and changing the plugs, and you can change them yourself.

3- The six-stage water filter The sixth stage is known as the infrared or infrared stage, which helps to remove waste and activate oxygen in the water.

How to choose the right water filter without fear and what are the best types to choose from?

Many people rely on this water filter inside their homes to ensure access to clean drinking water, but the majority of people do not know how to choose the appropriate filter and do not realize that their poor choice threatens their lives instead of maintaining the safety of their health, and they may neglect the ideal way to deal with these filters in a way that may destroy their lives.

It is important that the proper specifications of the filter, whatever its type and stages, must include (the filter must have a certificate of origin from the country of manufacture and a quality certificate, the external materials are made of pure polypropylene No. 5).

He pointed out that it is preferable to buy filters that have original purification filters available in the market, and care should be taken to carry out periodic maintenance of the filter, change the filters periodically, and not be late in changing them, as they may turn from purification filters to deadly filters, as a result of microbes and parasites that are seized throughout the period of use. 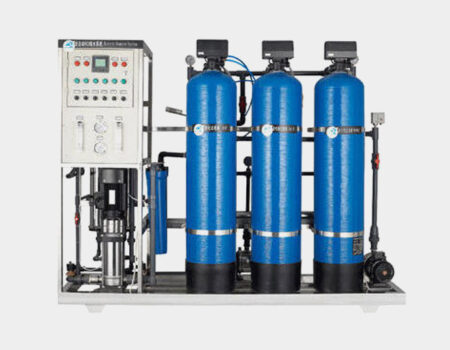 How do reverse osmosis systems work? 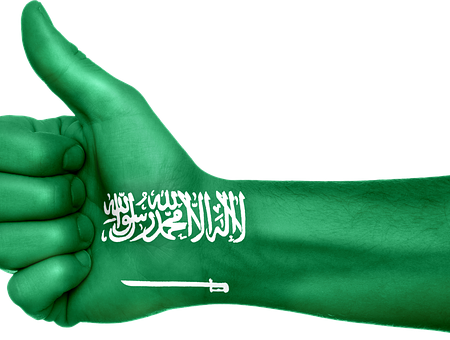 The history of water desalination in the Kingdom of Saudi Arabia